On this date 1859, the Franklin Review (TN) paper was quoted reporting on the high prices obtained for selling ten enslaved people from the estate of Thomas Layne.

Remember their names.
Posted by Tina Cahalan Jones at Saturday, September 29, 2018 No comments:

The Battle of Sulphur Creek Trestle & the 110th/111th USCT 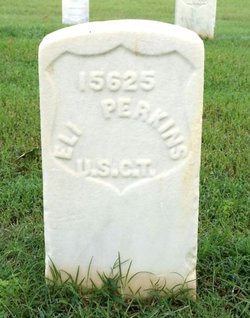 The Battle of Sulphur Creek Trestle, also known as the Battle of Athens, was fought near Athens, Alabama (Limestone County, Alabama) in late September 1864. Earlier that month, General Nathan Bedford Forrest led his Confederate cavalry force into northern Alabama and Middle Tennessee to disrupt the supplies for US General Sherman's march into Georgia.

During the previous two days, Forrest's men had defeated US forces in Athens and taken POWs from the 110th USCT while paroling the white officers. Pvt. Eli Perkins was among the POWs. He had been born in Williamson County, TN and enlisted in the 110th USCT at Pulaski, TN. After he was captured on September 24th he managed to escape and return to duty with his regiment on November 1, 1864.

However, he died in Wilson General Hospital at Nashville, on May 17, 1865, of disease. He is buried in the Nashville National Cemetery. He left behind a wife in Columbia, TN.

The day after Pvt Eli Perkins was captured, on September 25th, 1864, Forrest moved his forces north of Athens along the Nashville & Decatur railroad to attack a strategic trestle bridge near Elkmont, Alabama at Sulphur Branch Creek.
A fort, two blockhouses, and a force of 1,000 US Army soldiers - including the 111th USCT - were defending the trestle. Forrest heavily bombed the fortification and took it and the men as well. Among those captured was Pvt. James Moore. He was older than most soldiers - 35 - and married with five young children.

The USCT POWs were marched first to Tuscumbia, Alabama. From there, a train took them into Mississippi and finally to Mobile, Alabama. While in Mobile, Pvt. Moore was probably treated terribly. An old cotton warehouse was converted into a prison that held over five hundred black prisoners. One man said this about his experience: "We were kept at hard labor and inhumanly treated; if we lagged or faltered, or misunderstood an order, we were whipped and abused; some of our men being detailed to whip others.”

Pvt. James Moore was held in Mobile until May 4, 1865, when he was turned over "By [Confederate] General Dick at the surrender of his army." He returned to the US Army and mustered out April 30, 1886, in Nashville with his unit and settled on Carter's Creek Pike in Franklin where he died at the age of 65. 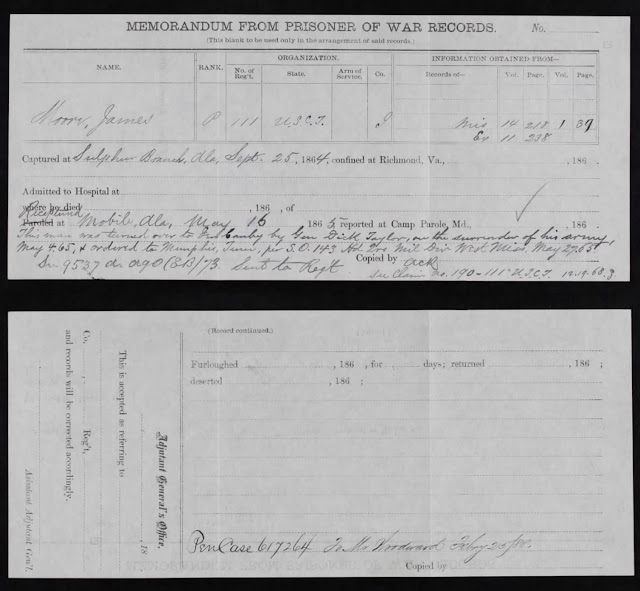 This link provides more information about the 110th and 111th USCT. There are likely more men from Williamson County who served in these regiments. Research is ongoing. 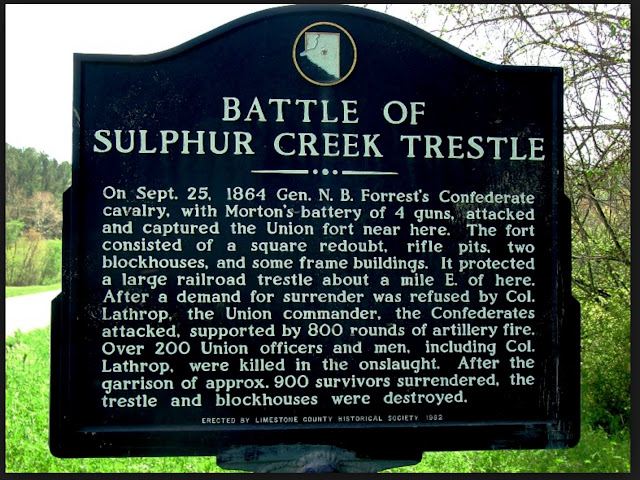 Posted by Tina Cahalan Jones at Friday, September 28, 2018 No comments:

I have created a map showing all the locations where the African American men who were born in Williamson County and went on to enlist in the US Army and Navy during the Civil War enlisted.  It is fascinating to see how far many of them traveled in their young lives before they joined the service.  Most of them were only in their late teens or early twenties.  Some appear to have made it to northern states and gained their freedom - likely by escaping slavery and fleeing.  Once there, they made the brave choice to return south to fight for the freedom of their families and future generations.  Other men enlisted farther south and west of Williamson County.  These men probably illustrate the effects of the cotton industry.  They were likely sold or taken to these new locations to farm cotton for their enslavers.  The majority, however, appear to have been kept in the middle Tennessee area where they enlisted and served.

Posted by Tina Cahalan Jones at Wednesday, September 12, 2018 No comments: